An Extra Ordinary General Meeting of the Club will take place on Thursday 6th February 2020 @ 7.30 pm in the Main Hall

This will be the ONLY item on the agenda

For Culcheth/DATEN Sports Club Members.  Following on from the EGM that took place on Thursday 9th January, there is going to be a members information meeting to clarify and explain the proposal made at the meeting.  This meeting will be held by members and not the committee, it will take place on Thursday 16th January 2020 @ 7.30pm

As you may be aware David Lowe has been the bar steward at Culcheth Sports Club for over 20 years.
David had the opportunity to take early retirement and the committee accepted his request.
In the time David has been at the club as bar steward and a member he has been a friend to all, and he will be missed.
I am sure you will join the Committee and the staff in wishing David a long and happy retirement.

Beer Garden and children’s play area ready for summer. Children’s parties, christenings catered for with catering to suit all budgets .

We are nearing completion of the ladies W.C which when completed will bring to an end of the new committee promises of scheduled work to the club when elected.

Please be advised that the bar will be closed in the evening on Monday 2nd July 2018.

Sorry for any inconvenience this may cause you.

Following the award in February of a Grant from Biffa Award of almost £50,000, Culcheth Sports Club have completed a major upgrade to their changing and showering facilities.  They were officially opened by Ricky Hatton on the 27th September 2016. 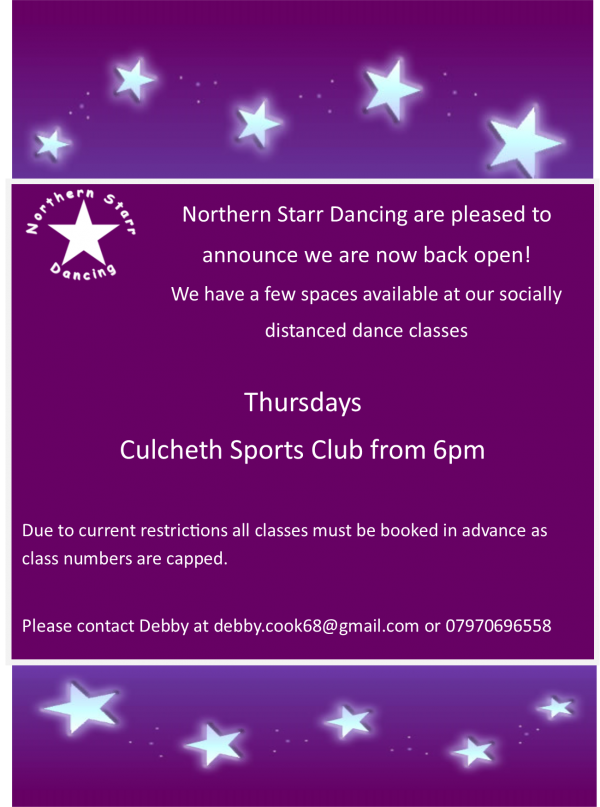 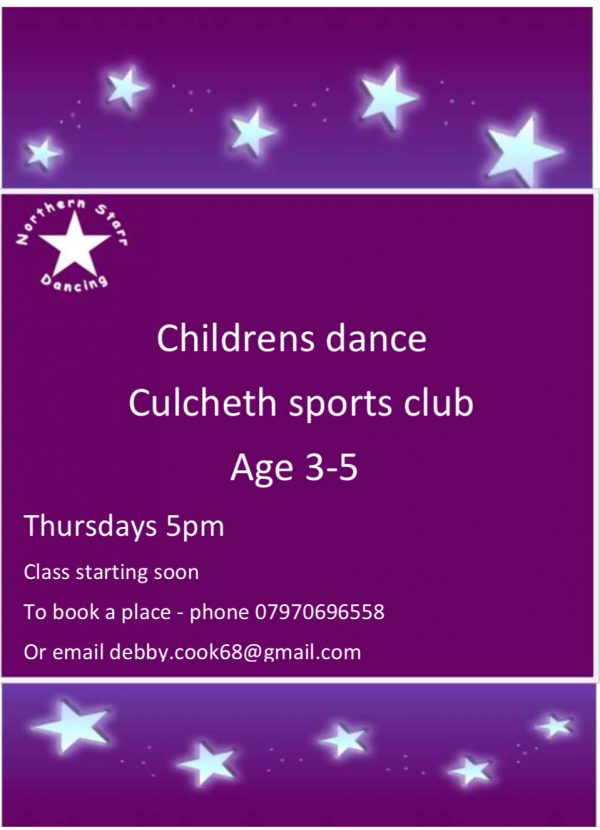 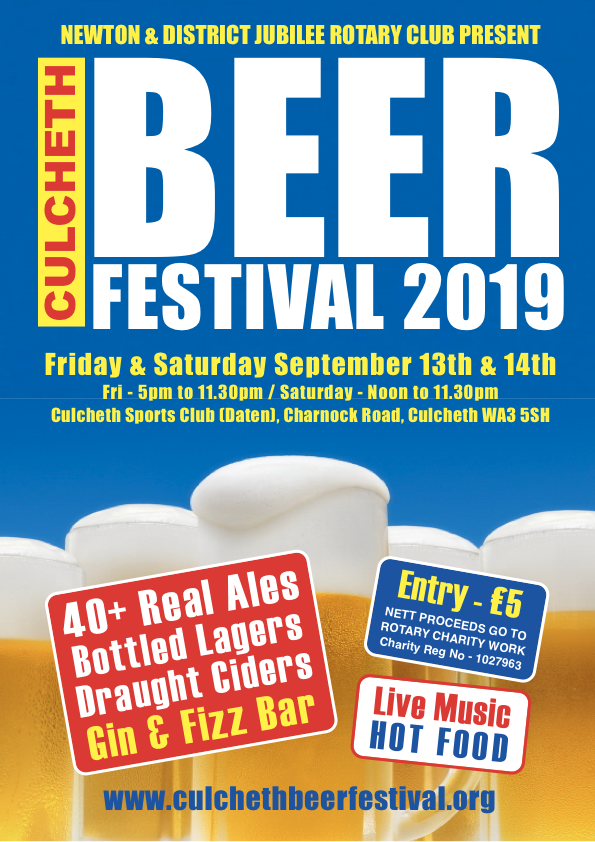 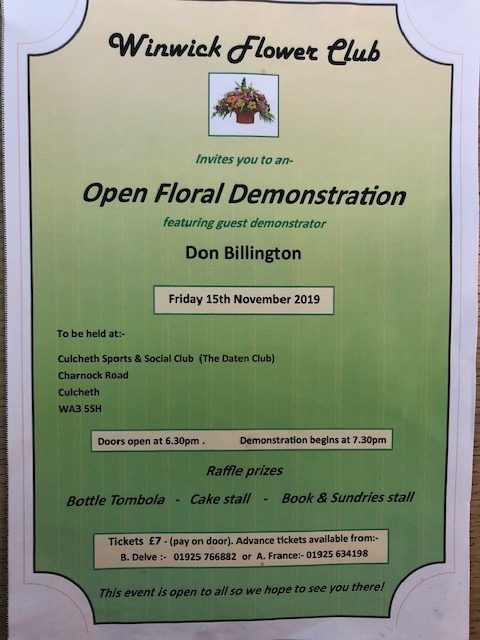 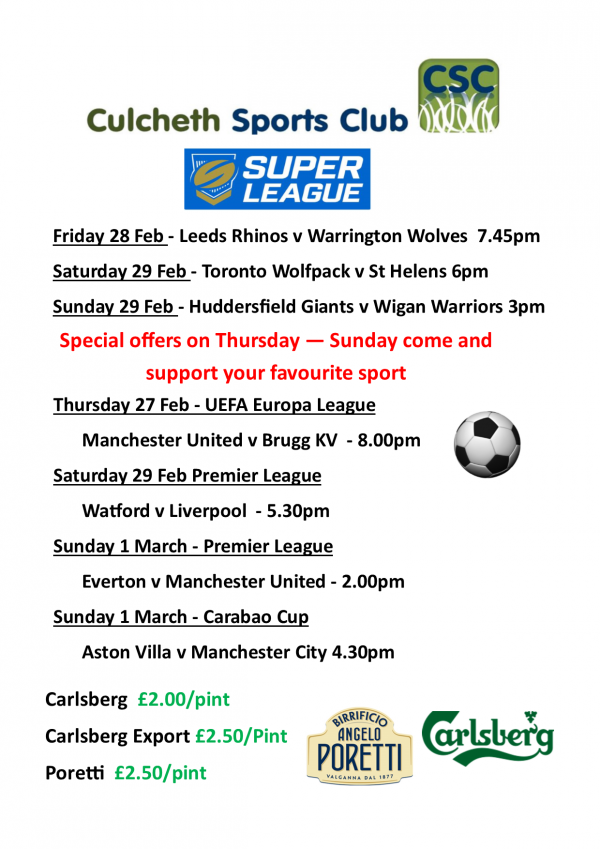 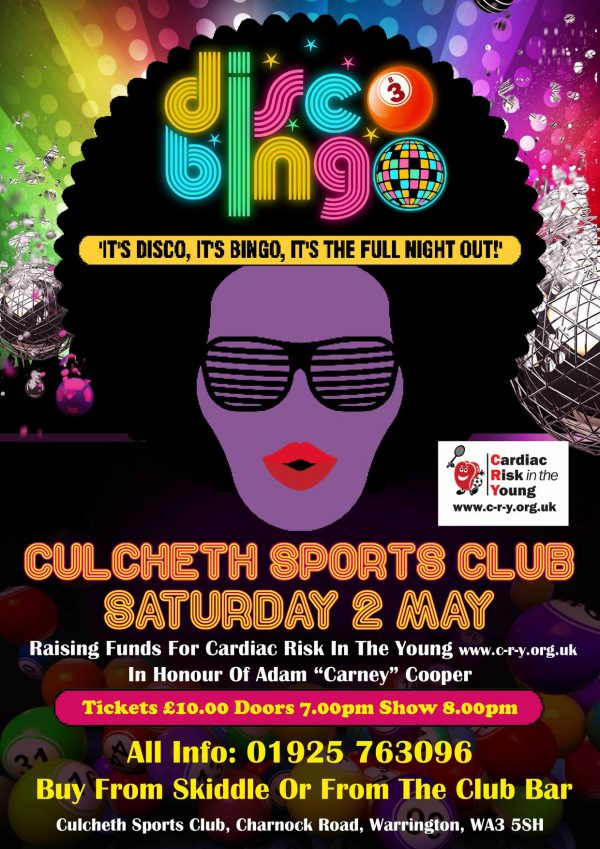 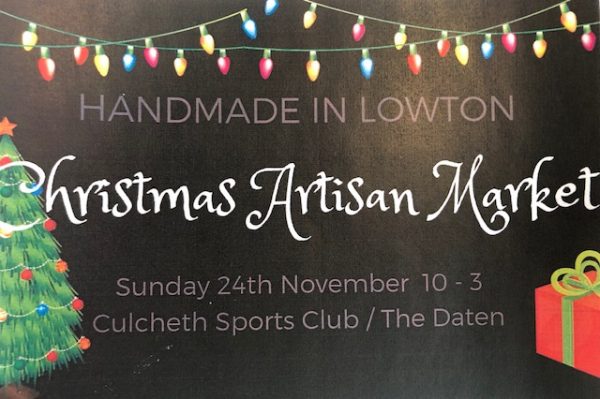 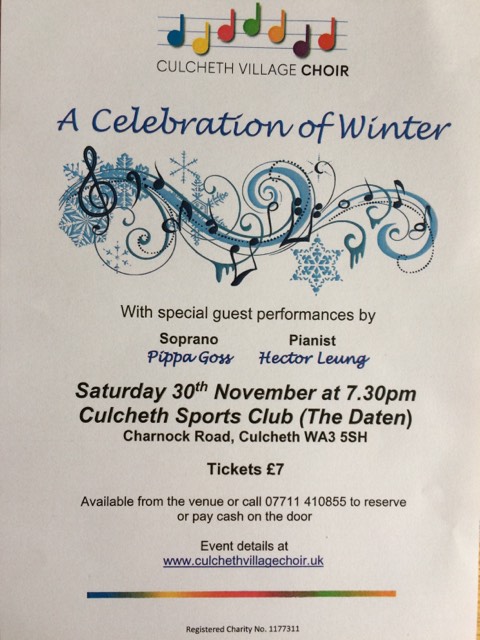 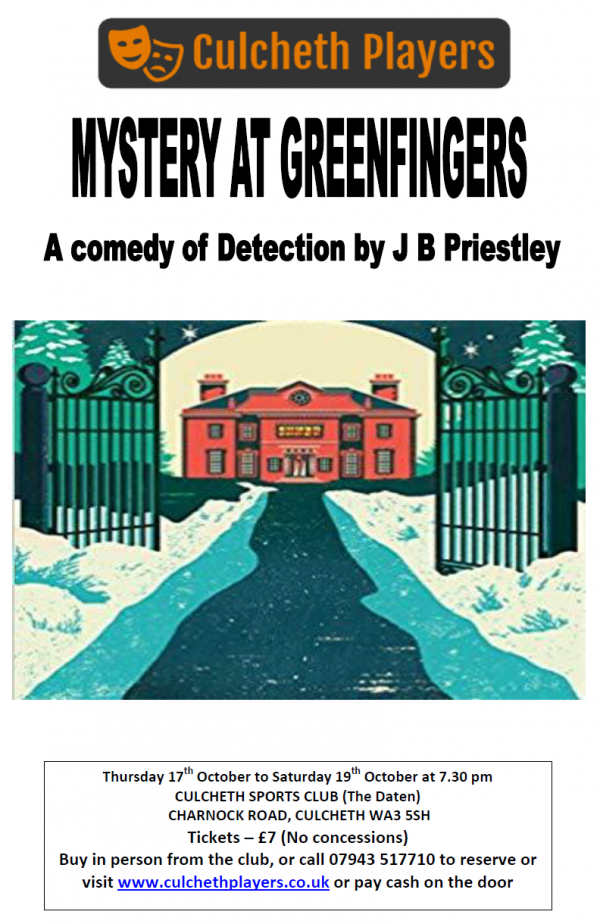 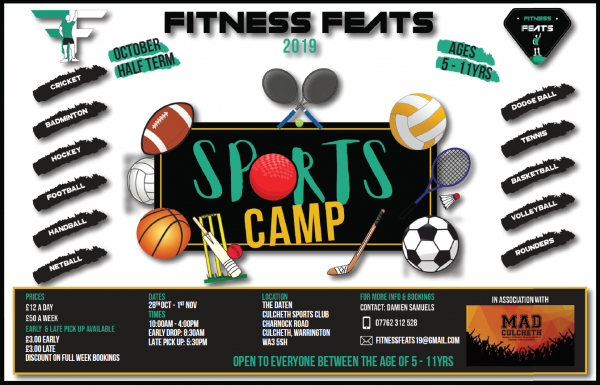 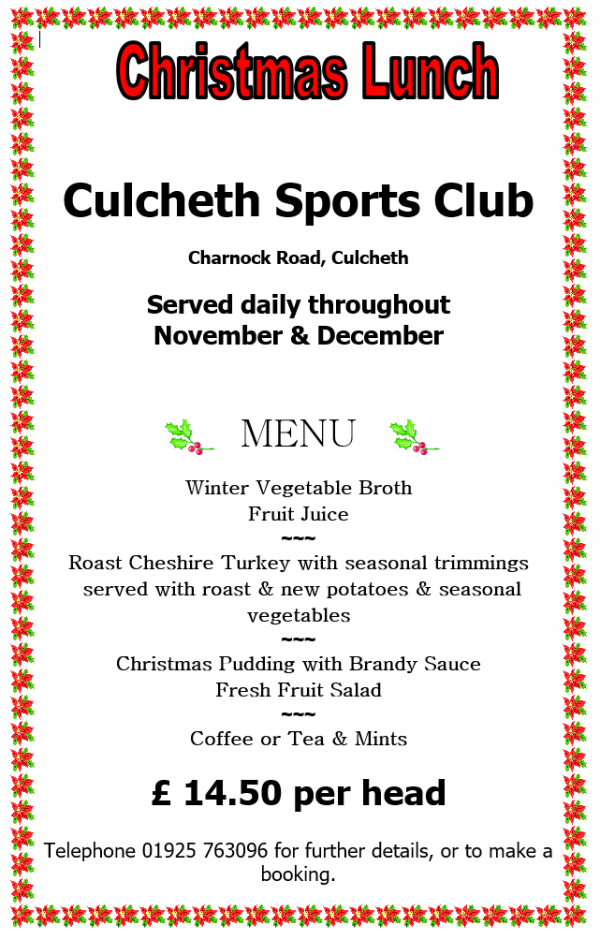 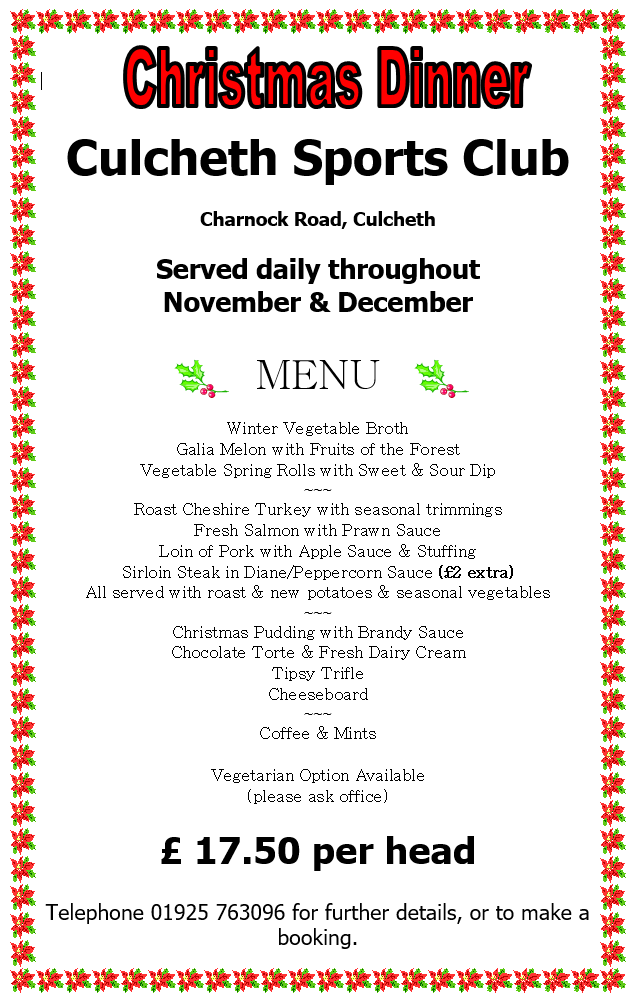 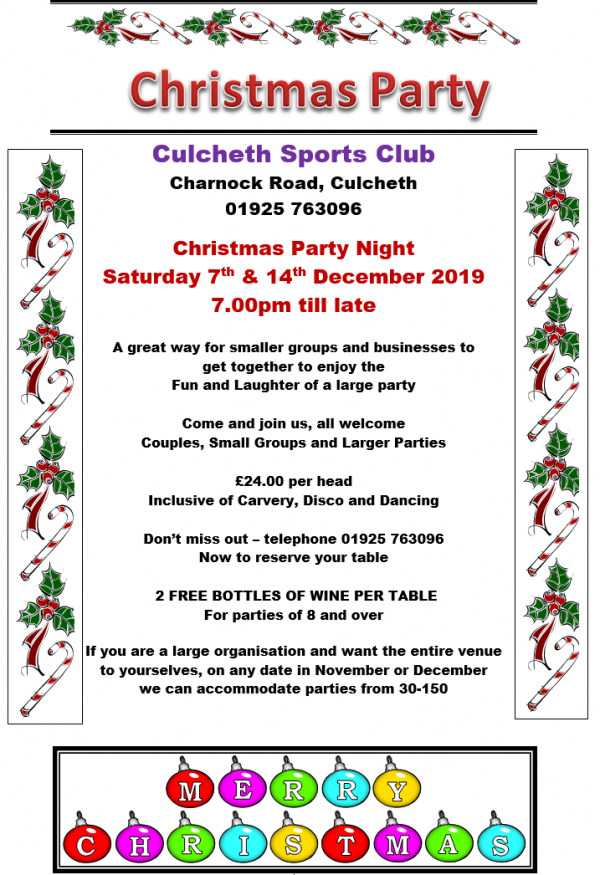 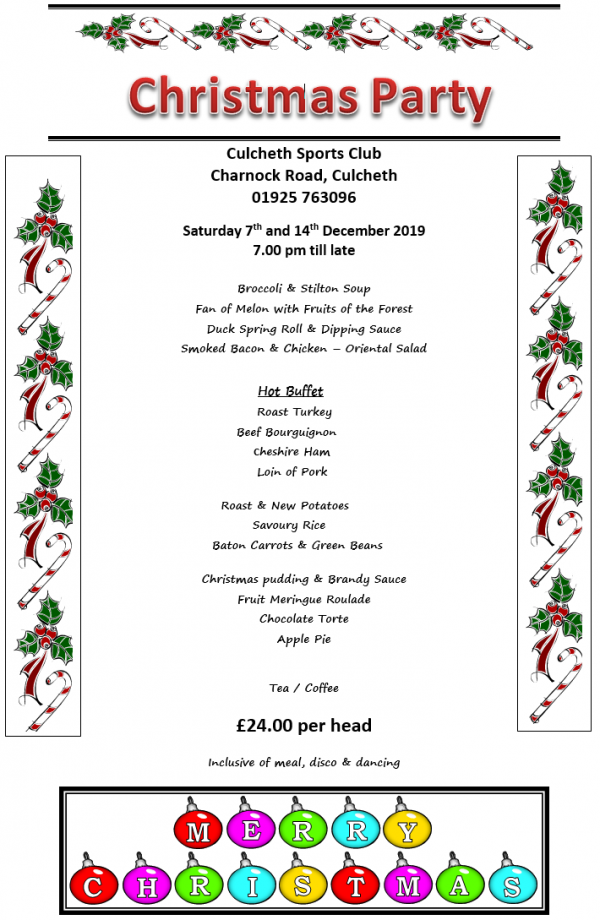 Following recent changes to the club committee we report the following actions designed to arrest the poor financial position of the club, enhancement of the facilities and growth in income required for the long term sustainability of the club.

A new deal has been negotiated with Carlsberg UK who will be our sole supplier. Members will see a reduction in prices and new products will be introduced at the bar. The deal also included promotional arrangements enabling us to enhance the facility (see below)

Bars and Cellar will be refurbished by Carlsberg UK and this will enable us to reduce prices whilst maintaining gross margins. There will be additional savings through greatly reduced wastage (ullage)

A new Point of Sale (electronic till) system is being installed at no cost to the club. This will allow promotional prices to be enabled, for example bar prices for Cup Final / Royal wedding day sponsored at £2.00 per pint with the same deal for every game in World Cup and further Carlsberg promotions for each England game

We have added televisions all around the main lounge which means multiple sports and other events can be watched simultaneously satisfying more members who can enjoy their preferred sports and hopefully stay longer at the Club, enjoying the various new brands of beer, wine, and spirits

The Ariel Lounge is being refurbished with new French door, low ceiling, new and ‘mood’ lights and a fresh coat of paint

Refurbishment of the foyer, ladies & gents toilets will be carried out in the very near future

The Car Park is being repaired 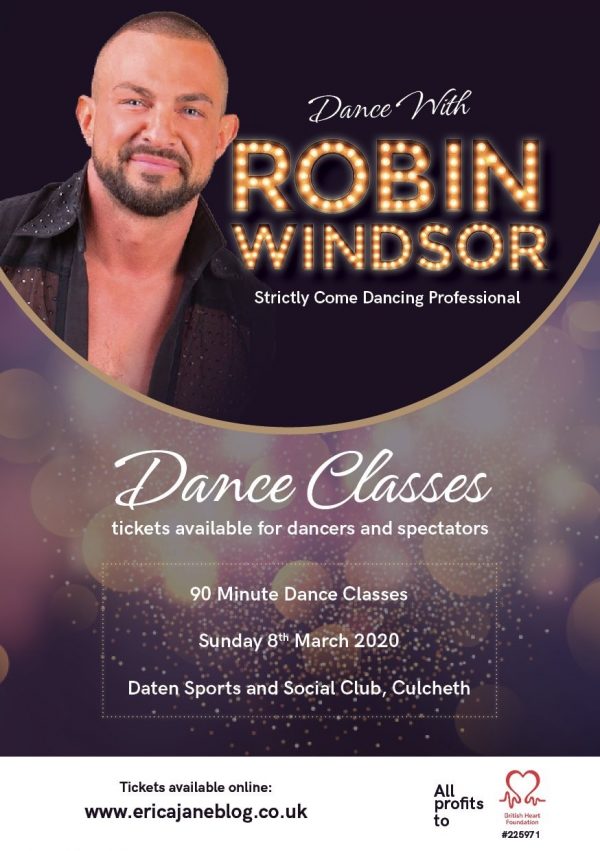 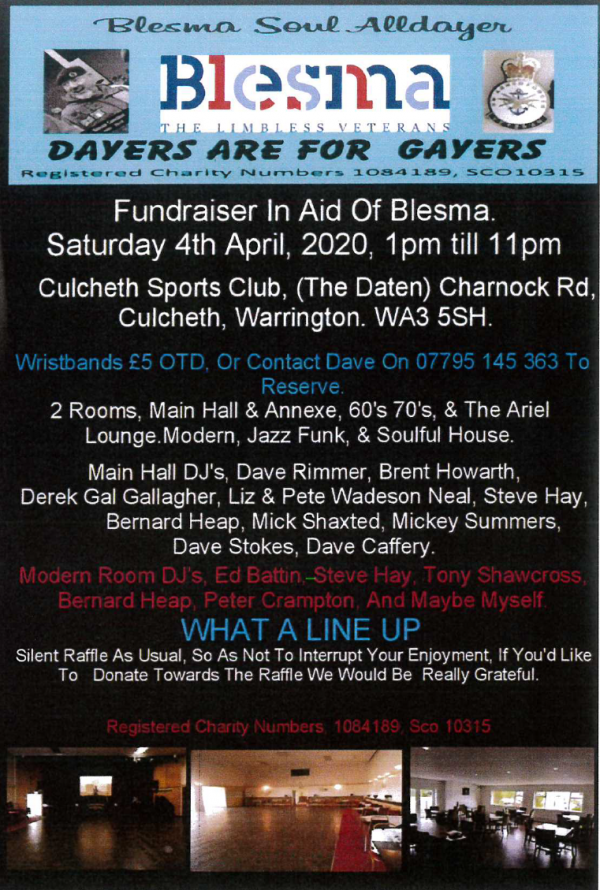 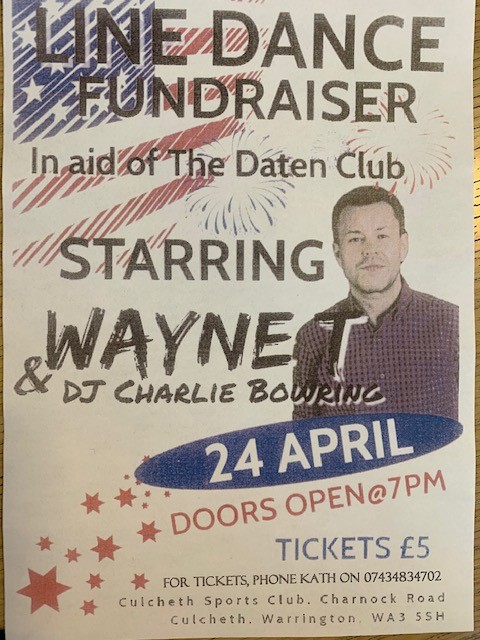 Culcheth Sports Club would like to thank Stuart Nightingale and the football section for all the time and effort they put into the recent Christmas Lunch provided free of charge to the community of Culcheth. This was made possible from the kind donations from local companies and of course the football section members themselves who gave up their own time to cook and wait on the tables.

For photos of the event, please click the following link : Photos

Following the award in February of a Grant from Biffa Award of almost £50,000, Culcheth Sports Club have completed a major upgrade to their changing and showering facilities.  They were officially opened by Ricky Hatton on the 27th September 2016.  For photos of the event, please click the following link : Photos

Following the award in February of a Grant from Biffa Award of almost £50,000, Culcheth Sports Club have completed a major upgrade to their changing and showering facilities

On completion, at the end of July, the development resulted in four completely refurbished changing rooms  for teams, two officials’ changing rooms and two showering facilities, along with a new heating system.

The work has brought the facility up to Football Association National Step 7 requirements.

A club spokesman said: “The new facilities meet modern standards and with this grant from Biffa Awards the club  aim to increase club membership and sports participation in the surrounding area.”

Stuart Nightingale, chairman of the Football Club, who play Cheshire County football, said: “This grant has enabled us to continue our work to grow the club. We increased the number of teams using the facility from five to seven in September 2015 with two youth teams having joined the club.”

Gillian French, Head of Grants, Biffa Award said: “Transforming the changing rooms at Culcheth Sports Club will hopefully help to increase membership, and engagement in sport. Projects such as this are an excellent example of how the Landfill Communities Fund can help to create outstanding facilities for the community.”

If you have an account and you log in to this site, we will set a temporary cookie to determine if your browser accepts cookies. This cookie contains no personal data and is discarded when you close your browser. When you log in, we will also set up several cookies to save your login information and your screen display choices. Login cookies last for two days, and screen options cookies last for a year. If you select “Keep me signed in”, your login will persist for two weeks. If you log out of your account, the login cookies will be removed.